Hallo, Pooh, you're just in time for a little smackerel of something

The French language is a Romance language with wide appeal. Second only to English it is one of the most commonly studied foreign languages in the world. It was only in the middle of the 20th century that English became the language of choice for diplomacy and international relations. It is still regarded as extremely important for diplomatic purposes.

French is tremendously widely-spoken. People all over the world have it as a primary language, and many more speak it as a secondary tongue. It is the fourth most commonly spoken native language in Europe, and considered the third most widely-understood, behind English and German. Though the Constitution of France declared French to be the legal official language of France only quite recently, it has been considered such by previous legal texts as early as 1539. This means that the French language must be used for official government publications, during the course of public education except in distinct, specified situations, legal contracts, and on advertisements (with foreign words translated into French).

French is also one of four official languages in the country of Switzerland. It is spoken with fluency by over 50% of the population, though it is only the native language of around 20%. The version of French spoken here is not the same as that spoken in France, though the differences are not widespread and do not prohibit speakers of the language from the different countries from being able to communicate with one another clearly and easily.

Outside of Europe French is also spoken widely in Canada. It is, in fact, the second most common language used in country, after only English, and both are considered official languages. The exception to this is the province of Quebec in which French is the only official language. It is the native language of slightly over 80% of the total population, and about 95% of the population speaks the language.

The French language is also one of the two official languages for the nation of Haiti. It is considered the main language for use in writing, schools, and official administrative use. All educated Haitians speak French and it is the language used in business and official capacities. It is also the language of choice for events such as weddings and graduations. Though only 10-15% of people use French as their native language, it is understood and spoken on at least a functional basis by all other people in the country.

Surprisingly it is not France but Africa that boasts the largest number of French-speaking people. It is estimated that 115 million people in Africa speak the language, though most of them use it as a secondary language. 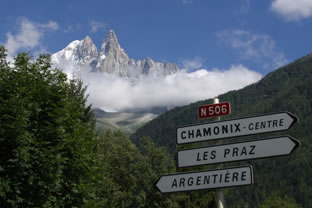 It is also brilliant for food (even though branches of fast food restaurants are sprouting everywhere), wine, shopping and cultural pursuits. Paris is one of the world’s great and beautiful cities, but just encourage - with the help of recent government smiling campaigns - a waiter to smile.

The various regions of France - its fast-paced cities, traditional villages and above all its capital, Paris - attract a whopping 70 million visitors a year, 10 million more people than its own population. France is a mountain-lover’s paradise, with the Pyrennées in the south, the French Alps in the east (with Europe’s highest peak, Mont Blanc) and the Massif Central. 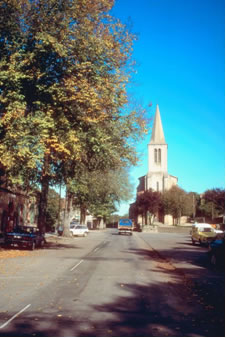 Other attractions are the beaches of the French Riviera, the vineyards and rustic cuisine of Provence, the Mediterranean island of Corsica, the splendid chateaux of the Loire Valley, the French Basque resort of Biarritz and historic St Malo in Brittany. 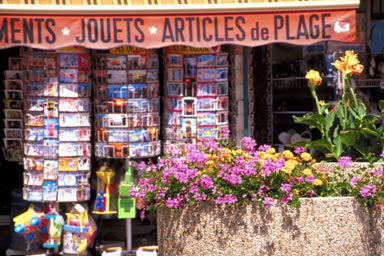 Paris is a feast of monuments, from the Eiffel Tower to the Arc de Triomphe. Modern architecture such as the Georges Pompidou Centre competes with Notre Dame on nearby Ile de la Cité. Museums abound, from the vast Louvre to the Musée Picasso. Food, wine, shopping and cultural pursuits are also a draw. But the country has its share of problems: air pollution from industrial and vehicle emissions; deforestation from encroaching urbanization and high unemployment rates.

France is surrounded for the most part by sea and ocean. It shares its border from north East to South East with Belgium, Luxembourg, Germany, Switzerland and Italy. On its South-west border is Spain.

The French landscape can be described as such: 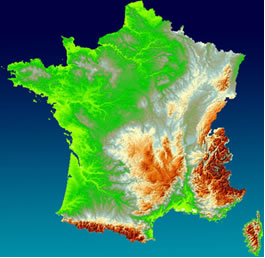 France is divided in region sectioned in departments. There are 26 regions divided in 100 departements which are named according to their geographical situation after a river or mountain for example. 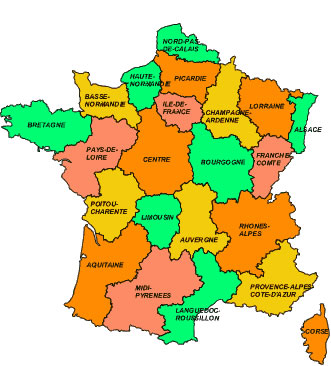 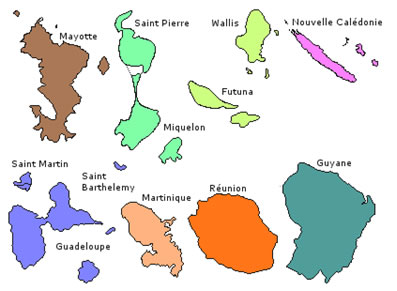 The transportation network is quite efficient and developed with its freeways and rail road linking main cities to smaller towns and even villages. You have the possibility to cross France overnight with the regular train. The TGV (high speed train) competes with the airline companies as the time spend to travel is practically equal to reach the furthest cities in France. Let’s not forget that when taking the train you’ll arrive right in the heart of the city avoiding traffic you might encounter when going from the airport to your hotel. 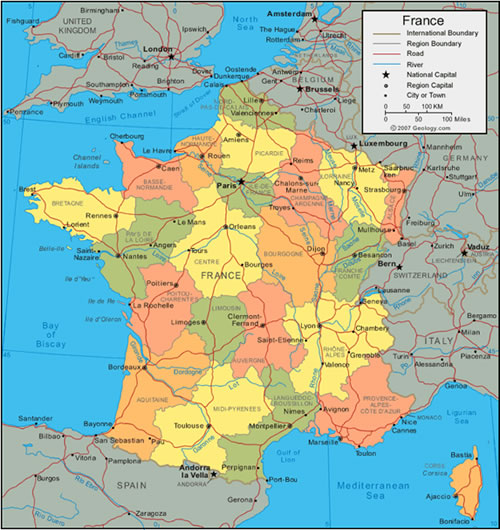 There are 10 holidays in France:

These days administrations, banks and businesses are in majority close.

School vacation.
For economic reasons, to not over crowed the roads and extend period when people are traveling, the school vacation system has been divided in three zones A. B and C.